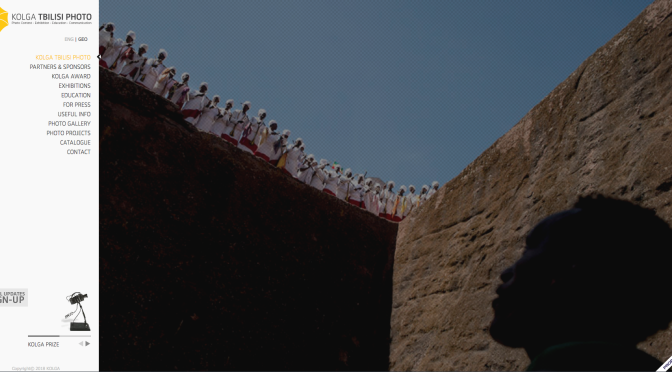 The 17th edition of KOLGA TBILISI PHOTO AWARD, the biggest and the most prestigious photo contest in Georgia, is ready for you. The main goal of the AWARD is to link international photography to Georgia and to local photography. Announcement of the Photo Award worldwide intends to foster its international position. For the last several years the best photos of the contest were presented in Germany, Cologne, at Lichtblick Gallery and were shown projected in Arles and shown at Plovdiv Photomeetings.

Within the framework of KOLGA TBILISI PHOTO 2018, the city will host KOLGA AWARD the best photo selection exhibition on May 4-10, 2018 as well as several international and local exhibitions, series of workshops, lectures and portfolio reviews delivered by international professional photographers, curators and art critics. This year mobile and tablet photo lovers can again join KOLGA AWARD celebrating the art of photography.

This year’s categories include:

You can register for the festival at https://www.kolga.ge/?lang=en#/rules/ .

The KOLGA AWARD prize fund is 7 000 USD. The sum will be equally divided between the winners in the first four categories. The winners of these categories will get 1500-1500 USD each. As for the Mobile Photo category (with sub-nominations: one shot and photo series) the winners will get a 500 USD each. Kolga Newcomer Photo Award. This award will be conferred on a young photographer (under the age of 25), whose photo series will be chosen from the following nominations: Documentary Series, Reportage and Conceptual Photo Project. The €500 will be granted to the winner of the nomination. The aim of the award is to facilitate professional development of young photographers and help them to pave the way in the world of photography. Special Prize for Georgian photographers: Internship at the international photo agency Prospekt in Milan. This award will be given to the Georgian photographer whose photo series will be chosen by Prospekt Photo Agency from the following nominations: Documentary Series, Reportage, Conceptual Photo Project and Mobile Photo Series. Eligibility: Participants are free to choose the subject of their works, because we would like to attract photographers of all different ages, and those working with various styles. The contest is open to all photographers worldwide. There are no age restrictions. You are free to choose the subject of your photo projects. Requirements:

Photos uploaded under Documentary Series, Reportage and Conceptual Photo categories should be a series of a minimum 6 photos to maximum 12 photos. You may enter a maximum of one entries/series in each category. One Shot category participants can upload a maximum of five photos. For Mobile Photo nomination the participants can upload photos for one shot category (max. 5 photos) and one photo series (a minimum 6 photos to maximum 12 photos). Applicants can participate in any or all categories announced (altogether 58 photos can be uploaded). The names of the winners will be revealed by the international jury members:

Should you have any additional questions, please contact us at: contest@kolga.ge