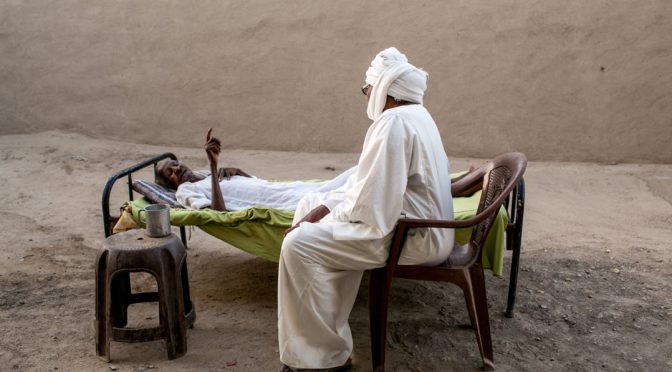 Through a partnership with the Arab Fund for Art and Culture, together with the Magnum Foundation, we launched the Arab Documentary Photography Program (ADPP) in 2014. ADPP supports creative documentary photographers in the Arab region. A jurors’ committee comprised of Arab and international experts will select up to 10 grantees to receive financial and professional support to complete their proposed photography projects.

The focus of the Arab Documentary Photography Programme is to support compelling non-stereotypical and unconventional visual documentation of important social issues and narratives relevant to the Arab region. In recognition to the image’s power to document, educate and advocate, the ADPP will also explore ways by which documentary photography can reach out to wider audiences and engage with them in a compelling and impactful ways. Photographers may propose to work in a range of non-fiction narrative styles, from classic documentary photography to more experimental visual storytelling, and may propose to include audio and video elements.

The 17th edition of KOLGA TBILISI PHOTO AWARD, the biggest and the most prestigious photo contest in Georgia, is ready for you. The main goal of the AWARD is to link international photography to Georgia and to local photography. Announcement of the Photo Award worldwide intends to foster its international position. For the last several years the best photos of the contest were presented in Germany, Cologne, at Lichtblick Gallery and were shown projected in Arles and shown at Plovdiv Photomeetings.

Within the framework of KOLGA TBILISI PHOTO 2018, the city will host KOLGA AWARD the best photo selection exhibition on May 4-10, 2018 as well as several international and local exhibitions, series of workshops, lectures and portfolio reviews delivered by international professional photographers, curators and art critics. This year mobile and tablet photo lovers can again join KOLGA AWARD celebrating the art of photography.

This year’s categories include:

You can register for the festival at https://www.kolga.ge/?lang=en#/rules/ .

The KOLGA AWARD prize fund is 7 000 USD. The sum will be equally divided between the winners in the first four categories. The winners of these categories will get 1500-1500 USD each. As for the Mobile Photo category (with sub-nominations: one shot and photo series) the winners will get a 500 USD each. Kolga Newcomer Photo Award. This award will be conferred on a young photographer (under the age of 25), whose photo series will be chosen from the following nominations: Documentary Series, Reportage and Conceptual Photo Project. The €500 will be granted to the winner of the nomination. The aim of the award is to facilitate professional development of young photographers and help them to pave the way in the world of photography. Special Prize for Georgian photographers: Internship at the international photo agency Prospekt in Milan. This award will be given to the Georgian photographer whose photo series will be chosen by Prospekt Photo Agency from the following nominations: Documentary Series, Reportage, Conceptual Photo Project and Mobile Photo Series. Eligibility: Participants are free to choose the subject of their works, because we would like to attract photographers of all different ages, and those working with various styles. The contest is open to all photographers worldwide. There are no age restrictions. You are free to choose the subject of your photo projects. Requirements:

Photos uploaded under Documentary Series, Reportage and Conceptual Photo categories should be a series of a minimum 6 photos to maximum 12 photos. You may enter a maximum of one entries/series in each category. One Shot category participants can upload a maximum of five photos. For Mobile Photo nomination the participants can upload photos for one shot category (max. 5 photos) and one photo series (a minimum 6 photos to maximum 12 photos). Applicants can participate in any or all categories announced (altogether 58 photos can be uploaded). The names of the winners will be revealed by the international jury members:

Should you have any additional questions, please contact us at: contest@kolga.ge

Here are two grants from Alkazi Foundation. Both are only open to Indian nationals/residents, and the focus of their suggested project should be from India. Plus, the photographers have to be above the age of 25 years.

A bit restricting, but if you fall into that group, go for it! 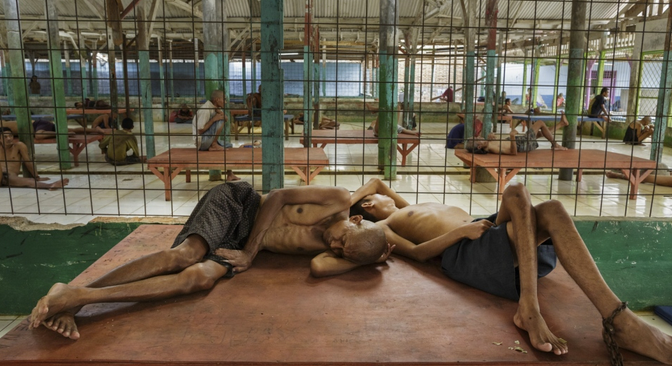 1 WEEK LEFT TO ENTER
WIN A ROUND TRIP TO THE 5th BIENNIAL OF FINE ART & DOCUMENTARY PHOTOGRAPHY TO BE HELD IN PRAGUE ON OCTOBER 2018, PLUS $1000 FOR LODGING EXPENSES AND FREE EXHIBITION OF THE AWARDED SERIES

The Gala Awards organizes the 5th edition of THE JACOB RIIS AWARD (named after the Danish-American photographer, 1849-1914), inviting photographers working in all mediums, styles and schools of thought. Challenging personal, emotional or political statements will be welcome. The Award is open worldwide to all professional and amateur photographers working with digital or traditional photography.
No digital manipulation will be accepted if it alters the visual chronicle.

Any type of photography is accepted, either Black & White or Color.

In this edition, only series composed of 3 to 10 images will be accepted. The series has to be a coherent body of work, and each image composing the series must have its own intrinsic value.

The theme of the Award is Editorial and Documentary.

By Editorial and Documentary we understand the form of photography used to chronicle everyday life images, to illustrate an article or to inform and educate. It can be simply said that editorial and documentary is the photography that supports the printed word, although it can be used as standalone, while we distinguish it from corporate, advertising, or fine art photography.

This awards qualify to be selected to participate in the 5th edition of the Biennial of Fine Art and Documentary Photography which will be held as Prague Foto Biennale to be held in Prague in September-October, 2018.

Eligibility: Open to all photographers 18 years old or older, professional and amateur, from any country of the world.

Juror:
Andrea Star Reese.
Andrea Star Reese is a VISURA photojournalist/documentary photographer based in New York, Seattle, and Jakarta, which recently won the 9th Julia Margaret Cameron Award, best portfolio in Human Rights in the Berlin Foto Biennale, and the Deeper Perspective Award of IPA.
Her potftolio Urban Cave was a Visa D’Or at Visa Pour L’Image in Perpignan, 2010. Andrea also received the 2014 David Pike Award for Excellence in Journalism and Best Social Documentary at the 2009 New York Festival (2009). Among other media, Andrea has published in CNN, The Guardian, Time, Huffington Post, Le Monde, and Paris Match.

One Photographer will be Recipient of the Jacob Riis Award Award, and will be invited to exhibit and attend the 5th edition of the Biennial of Fine Art and Documentary Photography to be held in Prague* in September-October, 2018. The Gala Awards will pay her round trip couch ticket to Prague*, and $1,000 for lodging expenses. Awardee’s exhibition expenses will be borne by The Gala Awards.

*: The organizer of the Award reserves the right to change the city of the Biennial in case of extraordinary circumstances. If Prague is changed by another city, the city of the venue will be always within Europe.

Two Runner Ups Photographers will receive a prize of $300, and will be automatically selected to exhibit at the 5th edition of the Biennial of Fine Art and Documentary Photography.

March 2, 2017 (results will be emailed to all participants by email.)

There is no limitation regarding the total of Series to be submitted.

New scholarship to promote documentary  photography and investigation related to journalism and social issues, rewarded with 8.000 euros and and exhibition. Only for residents in Spain 🙂

The Lucie Foundation is proud to offer three cash grants to support the work of emerging photographers – one $2,500 scholarship with an open theme and two $1000 scholarships for photographers working in the fields of Fine Art or Documentary/Photojournalism.

This scholarship is open to all genres of photographic work and will be given to an individual to create or continue work on a specific dynamic project.

This scholarship will be given to an individual to create or continue a project focused on telling an existing story through a documentary or photojournalism approach.

This scholarship will be given to an individual to create or continue a project focused on creating a story through a conceptual Fine Art approach.

The LF Emerging Scholarship is open to emerging photographers worldwide.

What is Required to Apply:

Please read the following information carefully to make sure your application material is complete. Incomplete applications will not be considered:

1. Project Proposal. This proposal should include the following:

-250 Word Description of your project

-Five Goals that you plan to accomplish while working on the project (e.g. producing 20 new images, making 5 prints, etc.).

2. A one-page biography and/or CV

Two opportunities to come to Spain and study professional photography or photobook design.

One is by El Observatorio in Barcelona, offering a stipend for their photobook and their documentary courses. Deadline: June 14. Recommended if you speak Spanish. Go take a look.

The other one is by IED Madrid, for the Master of Professional Photography, which consists of three modules:

The Curator Ship
Create a free website or blog at WordPress.com.